This project was completed by Ryan Lung, Brock Fenbert, Blake Mchale, Josh Field, and myself as part of the 2018 NASA Space Apps Hackathon hosted by Binnovative. (Which we managed to win) The idea of Planet Polluter was inspired by Plague Inc. a game where you try and infect the entire world. In our version, the player attempts to pollute the planet to the levels in 2018. If the player fails to reach the same CO2 levels by 2018, they lose.

The game incorporates data from NASA's website and compares your current level of carbon dioxide throughout the game with the actual data that was present in the atmosphere that year. Our goal for the game was to raise awareness about the effects of carbon pollution and some of the major causes.

Our real goal at the end of the day was to learn Unity and C# which we did build some foundations in.
Here are my team members websites: 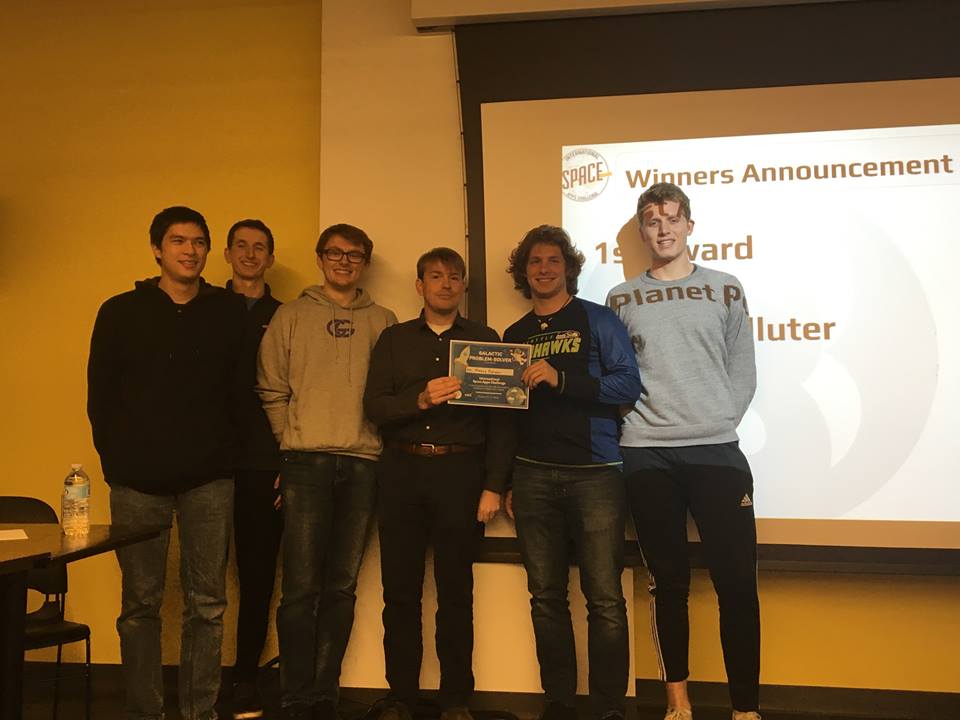