Welcome to the Smart Automatic Pill Dispenser. This project was completed by Matthew Swenson, Oscar Chen, and myself for the second half of our Cornerstone of Engineering class. The prompt for this project was very open ended stating, "Build something robotic that meets a need." In response to this, we flocked to the issue of elderly patients (or people in general) forgetting to take their medication. With the idea of aiding in pill deliverance, we set off.

Our final project turned out much better than we had anticipated and we decided to enter it into some online contests, one of which was the China-US Young Makers Competition on Hackster.io. Months later we had forgotten about the contest and thought nothing of it. Until one day in mid July we found out that our Automatic Pill Dispenser was voted in the top 10 projects and we would be going to Beijing, China! 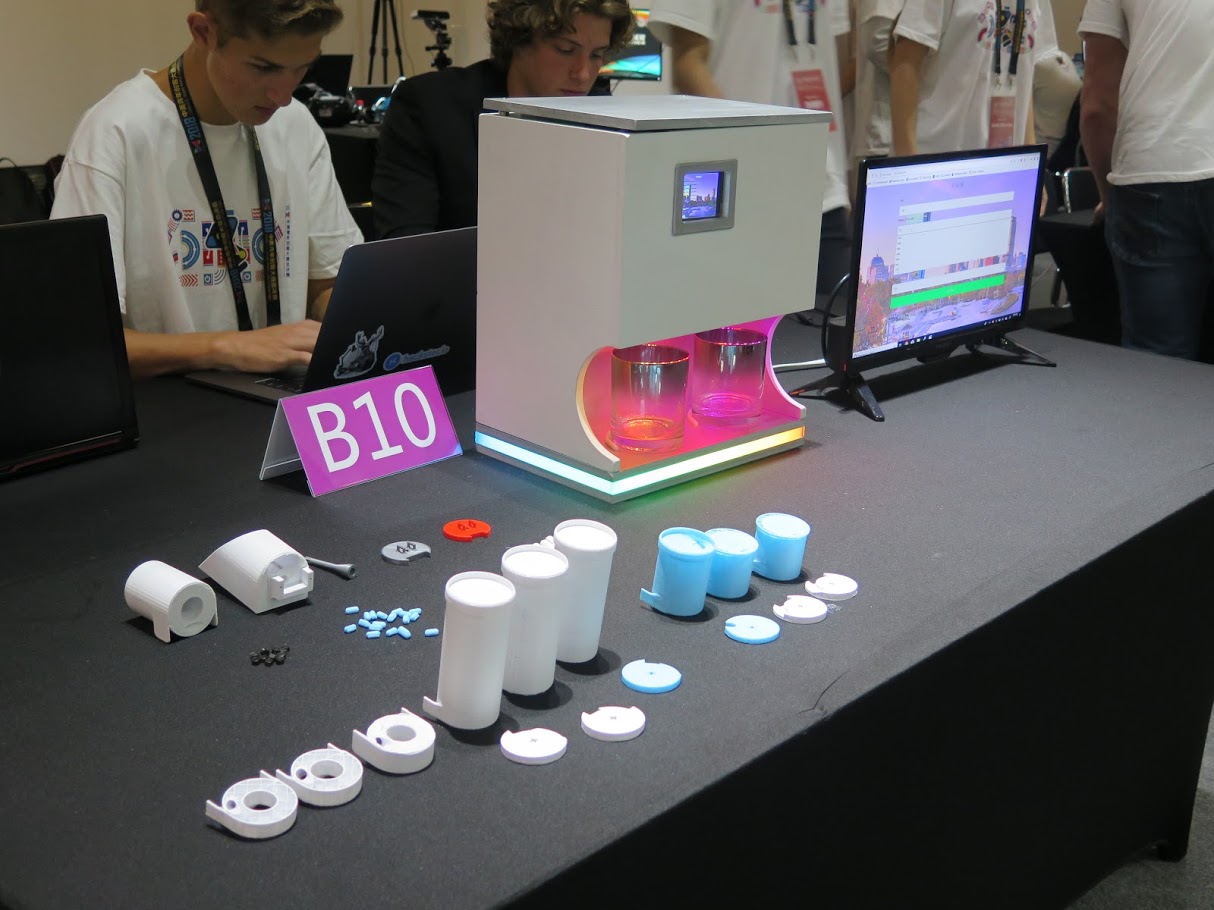 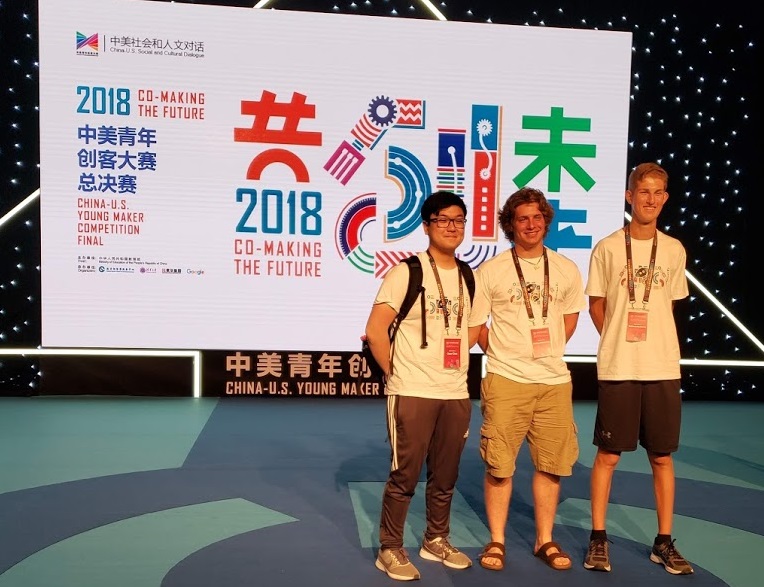 Almost everything we used in our initial prototype was borrowed from Northeastern University's engineering program which meant we would have to buy the parts and rebuild. Fortunately, two of the three team members lived somewhat close so they were able to meet up and build much of the frame for the new version.

In Beijing, we had 24 hours to rebuild our project and test everything out. We learned a lot from our original prototype and decided to make improvements.

Some of the key features are:

Here are my teammates profiles: